Dear Reader, we use the permissions associated with cookies to keep our website running smoothly and to provide you with personalized content that better meets your needs and ensure the best reading experience. At any time, you can change your permissions for the cookie settings below.

Add Innovel to the desktop to enjoy best novels.

Dear Reader, we use the permissions associated with cookies to keep our website running smoothly and to provide you with personalized content that better meets your needs and ensure the best reading experience. At any time, you can change your permissions for the cookie settings below. 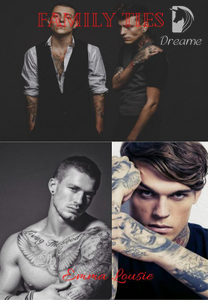 READING AGE 18+
Emma Louise
LGBT+
ABSTRACT
This novel has has a change of name earliest known and zeke and Hunt now it will continue as Family Ties. This novel is a two parter staring off with Zeke and Hunt and ending with Anakin and Zack, please read other books first to understand this one. Part 1 Zeke and Hunt are now officially on the run it’s been five years five long years since Zeke lost the plot not only killing his brother but his one true love Neo. Hunt fears everyday with him but he sticks by him and they get closer to one another the official Bonny and Clyde only different I’d they are men nit women dangerous men who are hiding from the law but will it all come crashing down, is Neo really dead? Part 2 Anakin and Zack have been friends since college and have always been there for each other. After the death of Zack’s father the friends grew closer and began their own business. This was harder than it looked as Anakin was a convict, a criminal it was hard to get customers. Until she showed up. Healey Green of Green enterprises with a once in a lifetime opportunity which they couldn’t hardly say no to but could they? Hunt pressed his lips on Zeke's it has been five years since the death of his brother and they’d been on the run ever since  they’d got extremely close in that time thing cousins they didn’t care their attraction went deeper than that. He was nothing like Nathaniel he was kind, caring and considerate he never pushed him into anything he wasn’t comfortable with he’s chosen to stick by him after Zeke completely lost it. He’d  helped him through his nightmares, his anxiety and last of all his depression. He loved him more than anything and he’d do anything for him even kill if he had to, that's how close they were. Zeke had been entirely grateful to him he hadn’t expected Hunt to stick around after he had witnessed him stab and kill his own brother and the guy he loved something snapped within him that day like it had ten years ago when they’d killed those assholes from high school. And buried the basement of their home. He just hoped he would never turn on Hunt.  Hunt had feared the same thing Zeke had a short fuse and could snap at any given minute and that scared him the most. The television blasting behind them like so many times before they knew sooner or later they’d get caught and get took in for questioning. But that day was not today. Hunt pulled away as the news reader continued reading the news and Nathaniel’s photo came on the screen they watched as the newsreader concluded that the police were still looking closely into his death which they called a love killing the way that they had found him but there was no news on Neo  they knew for a fact Zeke had stabbed him he looked dead when they had left, but was he?